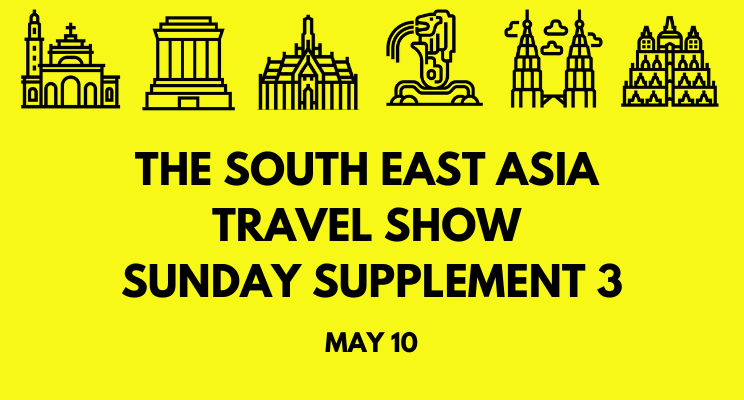 Chinese spending power is coveted more than ever as recession, spiralling debt and high unemployment threaten to dampen a recovery in domestic and regional travel.

“South East Asian countries where economic growth relies heavily on tourism, such as Thailand, Malaysia and Singapore, are suffering the most, followed by Indonesia and the Philippines… Laos, Vietnam and Cambodia are facing less of an impact.”

The prospect of anyone uttering those words five months ago was virtually zero. Yet here we are. Speaking this week, Phiphat Ratchakitprakarn, Thailand’s Tourism and Sports Minister, confirmed that South East Asia’s tourism economics are upturned.

During the 2010s, tourism became a vital instrument of economic policy. This was largely influenced by the surge in Chinese visitors, but other factors contributed. Alternative source markets like Japan, Korea and India grew and diversified, while intra-regional travel soared among the 10 nations of South East Asia.

The UNWTO says that 140 million arrivals into South East Asian nations last year marked a 7.8% increase on 2018. This was the highest growth rate of any region on earth, except North Africa. It also nearly doubled the 70.5 million arrivals in 2010.

One outcome was fierce competition between nations to attract visitors. Another is that tourism now contributes somewhere between 6-12% of each country’s GDP – depending on how closely you scrutinise the direct and indirect revenue factors.

And then the coronavirus shut down South East Asia’s entire tourism infrastructure.

“Dark economic forecasts across the region mean that rebooting tourism is considered essential.”

Four months after the nascent outbreak savaged the Spring Festival travel season, some countries are tentatively piecing together their shattered tourism jigsaws. Dark economic forecasts across the region mean that revitalising tourism is considered essential.

Predictions of a financial meltdown are trailed region-wide:

- Myanmar is negotiating aid from the World Bank, Asian Development Bank and International Monetary Fund to shore up its perilous finances.

- The Thailand Bankers’ Association estimates the country may lose THB1.3 trillion, or 7.7% of GDP, including THB1.1 trillion from lost tourism earnings.

- Singapore Airlines expects to make its first full-year net loss in history despite “strong results” in the first 9 months of the financial year to March 2020.

Two watchwords emerge. The first is “borrowing,” the second is “debt”. Both strike fear into central banks, economists and policy makers. A third term, “travel ban,” is being widely re-considered as a means to reboot consumer spending and generate indirect tax revenues.

As some nations start to release flight bans, hope exists that domestic tourists and, later, intra-regional tourists will kickstart spending. But the onset of recession, plus the associated job losses and financial hardship, will dampen the ability to travel.

“The onset of recession, plus the associated job losses and financial hardship, will dampen the ability to travel.”

This tourism stasis is exacerbated by India’s lockdown during its school summer holidays. Ordinarily, Singapore, Malaysia, Thailand, Bali (Indonesia) and Vietnam, would be welcoming record numbers of Indian visitors - and their spending power - in the next few weeks.

And so, attentions turn to China. Hopes are high that October’s Golden Week will unleash pent-up travel demand in the world’s largest outbound market. Before then, China’s own school holiday season takes place.

Will Chinese travellers be permitted to travel overseas this summer?

Or will the government instead seek to boost domestic consumer spending by allowing only homegrown travel?

Will these same questions apply during Golden Week?

The dawning reality is that tourism demand and supply no longer conform to market principles. The politics of COVID-19 will influence most of the answers.

“The dawning reality is that tourism demand and supply no longer conform to market principles.”

Take, for example, the Thai Hotels Association. This week, it urged Thailand’s government to lift its 14-day on-arrival quarantine for “visitors from countries that have successfully contained the virus spread.” The inference was evident. China. In 2019, Thailand welcomed almost 11 million Chinese visitors; equivalent to double the population of Singapore.

The Economics of Travel

A large BUT, should be inserted here – and it relates to the above point about supply and demand factors in ‘New Tourism.’

Just because a country craves tourists from a country with a flattened curve – and one with proven visitor spending prowess – it does not guarantee that authorities in the source market will concur.

A cursory view of COVID-19 infection rates in South East Asia suggests that Vietnam, Cambodia and Laos – the three nations that the Thai Tourism Minister pointed out as being least affected by COVID-19 – plus Myanmar and Brunei, would head a list of comparatively safe destinations for Chinese authorities to pilot a controlled outbound travel experiment. Thailand would be next on that list, followed by Malaysia.

Those seven countries combined count less reported deaths than either Philippines or Indonesia. While Singapore tops the region’s infection list, it counts far less deaths than either Thailand or Malaysia – and is a pivotal connective hub for South East Asia.

COVID-19 has intensified the interplay of economics and politics in tourism. With South East Asian economies peering into the gloom, we can only imagine the amount of diplomatic back-channelling taking place to secure access to that most prized of commodities: Chinese tourists.

Latest Episodes Catch up with the pods you may have missed

A new year brings new hopes … and plentiful new challenges. So (roll the drum…) it’s time for our third annual travel wish list show, which this year we are calling ’22 for 2022’. Gary and Hannah have put together a list of 20 ways in which travel and tourism could get better – and surely, it really must get better – in 2022. We also added two extra ideas submitted by our learned listeners – to make a total of 22.
Play
7 Jan 2022 • 29m00s

It’s January. This should be peak season for travel across South East Asia. But 2022 is not starting as a ‘normal’ year. Instead, as we prepare for a third year of living with COVID-19, the impending spread of Omicron dominates the economic and social discourse across the region. Shards of light for travel and tourism glistened briefly back in November 2021, but most borders are once again closed or heavily patrolled.