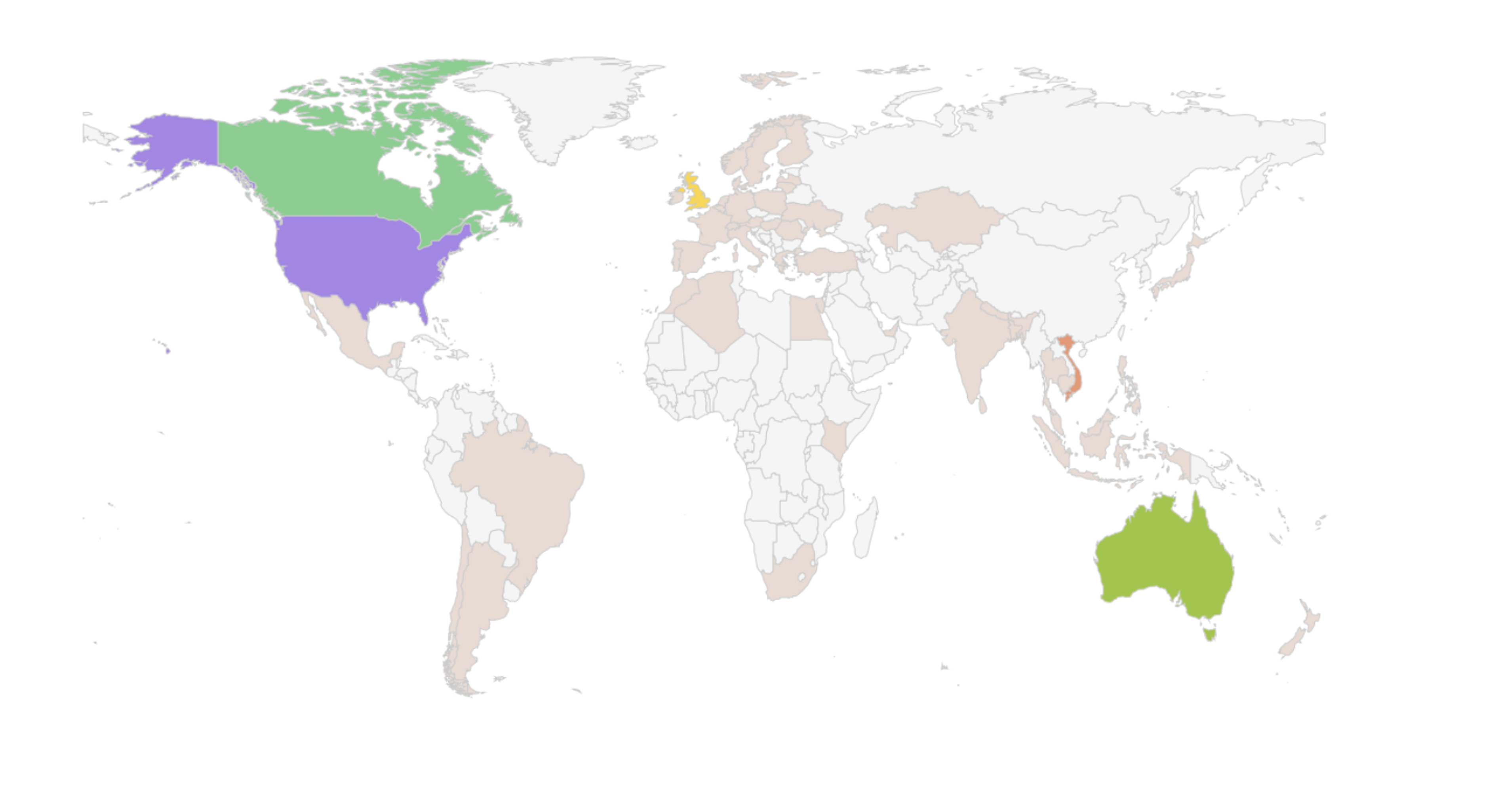 Interest in South East Asia travel and tourism is surging as borders start to reopen - and more listeners than ever are downloading our podcasts.

During the month, 38% of listeners logged onto Apple Podcasts, 16% on Spotify, 5% on Podcast Addict, 4% on Pocket Casts and 3% on Castbox. In addition, 10 other pod platforms were used to catch the show.

Many thanks to everyone who listened in over the past month - from Brazil to Morocco and Poland to South Africa.

September and October 2021 were the top 2 months for downloads since we officially launched in January 2020 … and we’ve got some exciting new episodes before the year ends!

Latest Episodes Catch up with the pods you may have missed

Here we go again! “Omicron’s very emergence is another reminder that although many of us might think we are done with COVID-19, it is not done with us,” said the WHO this week. The emergence of a new ‘variant of concern’ is striking fear across South East Asia after the damage the Delta variant caused earlier in 2021 - and continues to cause in some countries of the region. Omicron events have already moved quickly, as governments around the world erect new travel barriers and quarantines come back into fashion.
Play
26 Nov 2021 • 23m00s

The spectacular country of Laos has been overshadowed as more prominent destinations in South East Asia grab the reopening headlines. Laos has tentatively set in motion its own reopening plan – and is about to make its mark on the global news agenda with the opening of the China-Laos Railway. For the latest news from Laos, Gary chats with Jason Rolan, who is Senior Partner of Vientiane-based RDK Group. We have news about the upcoming land border Vaccinated Travel Lane between Malaysia and Singapore and the latest on the Philippines’ crystallising reopening plans.